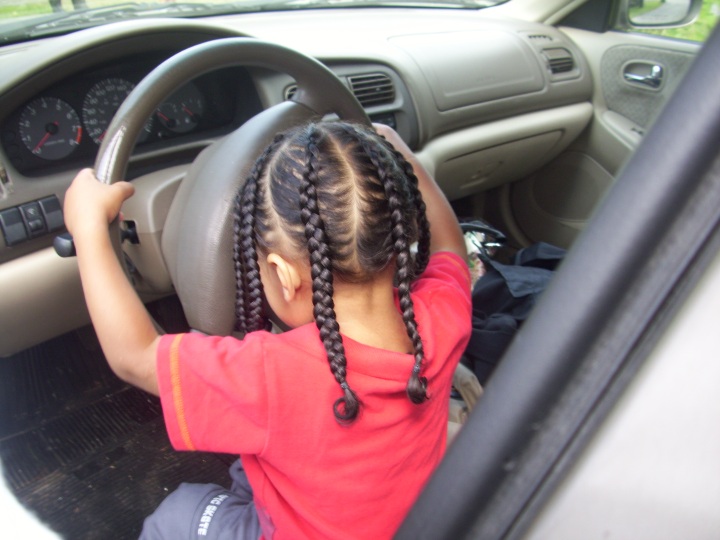 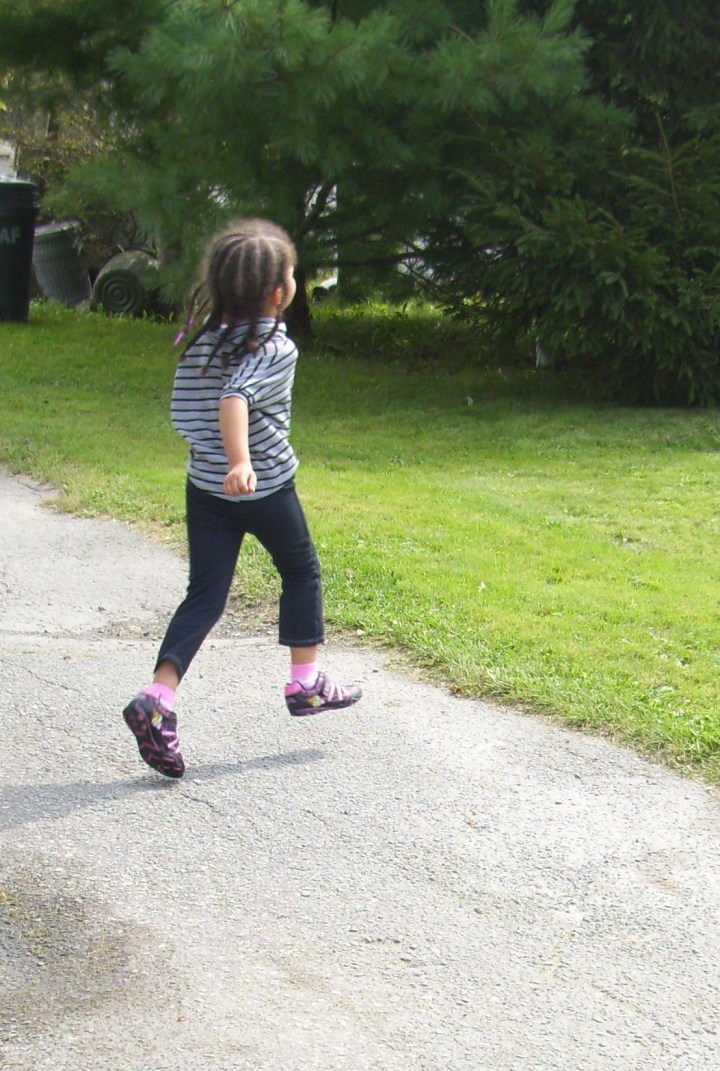 For the past couple of days, I have been spending a lot of quality time with Buddy, Baby-Doll, and Muffin. (My niece and nephews)

Baby-Doll likes to commandeer my computer to play games on Nick Jr.

Buddy is content to play video games, look up video game cheats on the internet, and talk to you about video games.

Muffin likes to run, jump, and roll. (If he doesn’t end up participating in the 2030 summer Olympics as an athlete I will be shocked)

Yesterday, I happened to be watching the Olympics on my computer when Muffin toddled into the room. After saying hello, he climbed into my lap and watched synchronized swimming with me. Whenever the women emerged from the water, Muffin would point at the screen and shout, “Ducks!”

I guess he figured that ducks are the only ones who splash around in the water, so in his mind, Splashing=ducks.

This routine is awesome, by the way 🙂

Later that day, I caught Muffin trying to imitate the synchronized swimmers/”ducks”. The kid is definitely a natural athlete!

Have a great Tuesday 😀

My niece, Baby-Doll, looks so much like me that when we’re together strangers think she’s my daughter. She is a lot like me as well. She loves books, and make-up, and ‘girly’ things. She’s strong-willed, caring, and completely unintimidated by other people. Not only does she march to the beat of her own drum, she has her own band. In her mind, she is the princess, we’re her subjects, and we should all just get over it. If I believed in reincarnation, I’d say that this isn’t her first time going through life. She’s definitely what I would call an old soul–with savvy 5 year-old wisdom to keep things exciting. I never know what she’s going to say next, and I love that about her.

Her and her brothers have melted my formerly child-loathing heart.

My nephew, Muffin, is a lovely and unusual little boy. His hobbies are running, jumping, tackling people when they’re lying down, trying on other people’s shoes…and opening the door when you’re in the bathroom.

The first time it happened to me, I was at his parents’ house. I had taken the bus there from work, greeted everyone with a hug and a kiss, and ran for the washroom. (Two venti coffees in a 3 hour span, plus a 50 minute bus ride? Not good.)  Unbeknownst to me, Muffin was close behind. I heard the doorknob turning, but I assumed I locked it so I didn’t get up. Except, the door wasn’t locked, because the next thing I saw was Muffin casually strolling in while I was seated. He smiled at me, then pointed at the toilet and said, “Poop!”

(For the record, it wasn’t. He just likes to say that word)

Naturally, I did what any rational, clear-headed adult would do in my (vulnerable) position; I yelled for his mother.

My sister-in-law came from the other room to retrieve her son and told me, “This is why we lock the door. He does this all the time!”

She was right. On Saturday, Muffin and his family stopped by for brunch. This picture was taken after he tried unsuccessfully to get into the bathroom with his mother. At first, he stood at the door, knocking and screaming, “Mama? Mama! MAMA! Poop?” (He did this for about 2 minutes)

When I told him that his Mom would be out soon, he decided to lie down on the floor and try to look into the bathroom instead.

What an adorable little character. .  (I love you, Muffin!)

My lovely niece, Baby-Doll, has a boyfriend.

Well…technically he’s just a boy who is her friend, but in the world of 5 year-olds this means that they’re getting married. The boy, whom I have decided to refer to as ‘Kitten’, reacted to Baby-Doll’s announcement of their couple status like a lot of boys twice his age; he freaked out and started pushing her away. Yesterday, their tumultuous relationship reached its breaking point. Baby-Doll was sitting in her front yard with her friends, when Kitten walks up to her and declares,”I want to go in the pool.” Baby-Doll told him to go ahead, but Kitten didn’t want to go unless Baby-Doll went with him. When she refused to leave her friends, Kitten got upset and called her a name. Exasperated, Baby-Doll ran into the house screaming, “I hate [Kitten]! HE’S RUINING MY HEART!” and told me all the other rotten things he did.

I explained to Baby-Doll that if Kitten wasn’t nice to her, he’s not a good friend—or boyfriend, and that she shouldn’t play with him anymore. Real friends, I told her, understand when you’re busy, they won’t try to make you do things you don’t want to do, and they don’t call you names.

Baby-Doll then decided that Kitten was a big stupid-face, so not only is he NOT her boyfriend, he’s not her friend either.

You’re never too young (or too old) to learn that lesson.

Last night, a group of ladies from my work went to see the movie ‘Magic Mike’. I was all set to go with them, but then I remembered that I was on ‘auntie duty’. Children, unlike adults, take  promises very seriously. When I said to them a few weeks ago “I’ll stop by and hang with you guys while I’m on vacation”, no reason in the world would have been good enough for my breaking that promise. So I went. As always, I had a wonderful time. The oldest, Buddy, spent most of his time playing  Call of Duty:Black Ops (or “Collie Duty: Black Hops”, as the middle child calls it), Baby-Doll, (the middle child) and I played with her huge Barbie collection, and Muffin, the baby, was (and is) a kinetic ball of energy who spent most of the evening running, jumping, and somersaulting around the house (if this kid doesn’t become a pro athlete when he grows up I will be very surprised)

I’m sad I missed out on a girl’s night out, but I’m happy I spent the evening with 3 of my favourite people on earth 😀

…and took a much-needed break.

Yep, I made the right choice.